The seeds for MCC ministry in Houston were planted in the winter of 1971-1972. These seeds took root in December of 1972, when meetings were started on a regular basis in a rented apartment in Preston Villa. On the second Sunday of February in 1974, the MCC group moved to a former bicycle repair shop on Waugh Drive, with fourteen people in attendance.

By June of 1974, a group of twenty-five submitted signatures to UFMCC headquarters in Los Angeles petitioning for mission status, which was granted. By February of 1975, the church had grown to forty three and a petition for charter status was submitted. On April 20, 1975, the burgeoning ministry was officially chartered as Metropolitan Community Church of the Resurrection, Houston, Texas.

On June 15, 1975, Rev. Robert Falls of Oklahoma City arrived to serve as the first pastor. Standing room only crowds soon pushed MCC of the Resurrection to an old converted printing shop at 1214 Joe Annie Street. Rev. Falls resigned effective July 1, 1976. The search for a new pastor culminated in the election of Rev. Jeri Ann Harvey on December 5, 1976.

In April, 1978, Rev. Harvey was called to pastor MCC Los Angeles. An extensive pastoral search led to the calling of Rev. Charles Larsen, who became the third pastor of MCC of the Resurrection in January of 1979. The church had again outgrown its facilities, and on Easter, 1979, the church moved from Joe Annie Street to 1919 Decatur Street.

Rev. Charles Larsen resigned in June, 1985. Rev. Elder John Gill followed him as pastor in November of 1985. Rev. Gill offered 10 years of consistent and spiritually-grounded leadership before assuming the pastorate at King of Peace MCC in St. Petersburg, Florida on May 1, 1995. During a lengthy pastoral search process, Rev. Jim Burns served as Interim Pastor from the summer of 1995 until August 31, 1996.

Though not serving as Senior Pastor, one of the longest serving MCC clergy at Resurrection was Rev. Carolyn Mobley. From 1990 to 2005, she touched countless lives through her loving pastoral care, exuberant spirit, and inspirational singing. When she decided God was calling her to a new place, the congregation celebrated her fifteen years of service by hosting the “Sing the Love” concert in October of 2005, followed by a glittering gala reception attended by leaders from the MCC Fellowship and the Houston community.

From 1996 through 2009, Rev. Dwayne Johnson shepherded Resurrection MCC as its Senior Pastor. During his tenure, the congregation grew from approximately 300 to over 500 members, moved from a small, overcrowded facility to our current spacious 9-acre campus, and recovered from massive damage to the church facility incurred during Tropical Storm Allison. Rev. Johnson also had a passion for outreach, justice and equality that greatly benefitted Resurrection MCC as the church broadened, and continues to broaden its service to the greater community. As evidence, the campus is currently utilized by over 25 community organizations.

In January of 2011, Rev. Harry Knox began his ministry at Resurrection MCC. He brought a heart for social justice that has broadened our very culture. Though Rev. Knox’s ministry was brief, he captured our hearts and encouraged the church to look beyond our LGBTQ community. He led our congregation to see justice through our equality ministry, focused the local media and our U.S. State Department on human rights injustices in Uganda, and lobbied our Texas State Legislature to pass anti-bullying legislation for Texas Schools.

In March of 2013, Rev. Troy Treash was called to serve as Senior Pastor. Rev. Troy was living in Chicago and working for Reconciling Ministries network when he was called to us, but had lived in Houston for many years during the 90s at the height of the AIDS epidemic, serving as Program Director at Bering United Methodist Church. Rev. Troy has been a part of the history of Resurrection MCC – In 2001 he provided support to our church after the Sanctuary was flooded during Tropical Storm Allison. And in 2003, he and his husband, Walter Treash, participated in the first Freedom to Marry ceremony. Rev. Troy’s passion for inclusivity and justice, along with his pastoral presence, quickly established a solid connection with the congregation.

Resurrection MCC continues to envision the expansion of ministries for all ages, including a teen ministry, mentoring programs, and weekly spiritual growth offerings. Resurrection MCC also strives to be a congregation that models the strength found in diversity, the transforming power gained through forging community partnerships, and an unwavering voice for equality.

As we celebrate 45 years of ministry in 2017, we are thankful for those first members of Resurrection MCC who had the audacity to imagine that a church of Resurrection MCC’s magnitude was possible. Just as those early founders believed, so today’s congregation believes, that through mature faith and commitment, the power of the Holy Spirit, and the grace of God, Resurrection MCC will continue to experience increased spiritual growth and attendance. 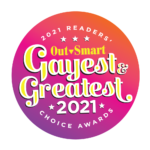